A delightful review of our recent local ALLi group meeting by friend and fellow ALLi member Debbie Young. Debbie introduced me to ALLi at the writers’ day where I first met her, ‘and the rest is history’ … ALLi brings Indie writers together … 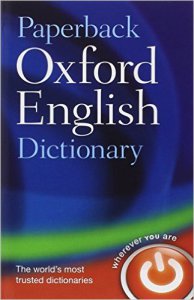 Anyone who loves words would have been as rapt as we were at the Oxford Authors’ Alliance last night, when Edmund Weiner, Deputy Chief Editor of the Oxford English Dictionary, came to talk to us about his work preparing version 2.0 of the OED. This mammoth task employs sixty people, and though it began in 1993, they’re still only 30% of the way through the task. They are effectively detectives, examining everything ever written in English to come up with comprehensive definitions of how every word has been used through the ages.

2 thoughts on “Straight from the Lexicographer’s Mouth: An Enjoyable Talk about the OED (Oxford English Dictionary)”